Not all runs are created equal

Posted on September 15, 2014 by travelerontherun

The last long run I did two weeks ago was the former, the run I did this morning was the latter.

Two weeks ago we were camping at Chain O’ Lakes State Park. I was looking forward to the long run all week, remembering what a great run I had there last year. The park has a great trail system, and we all know how much I love my trail runs.

The first few miles were pretty great. Brian did about three with me. Time and miles always pass by quicker when you run with someone. The trails up to the point Brian turned back were pretty shaded, so the heat wasn’t an issue. But shortly after, my nice shaded trails …. 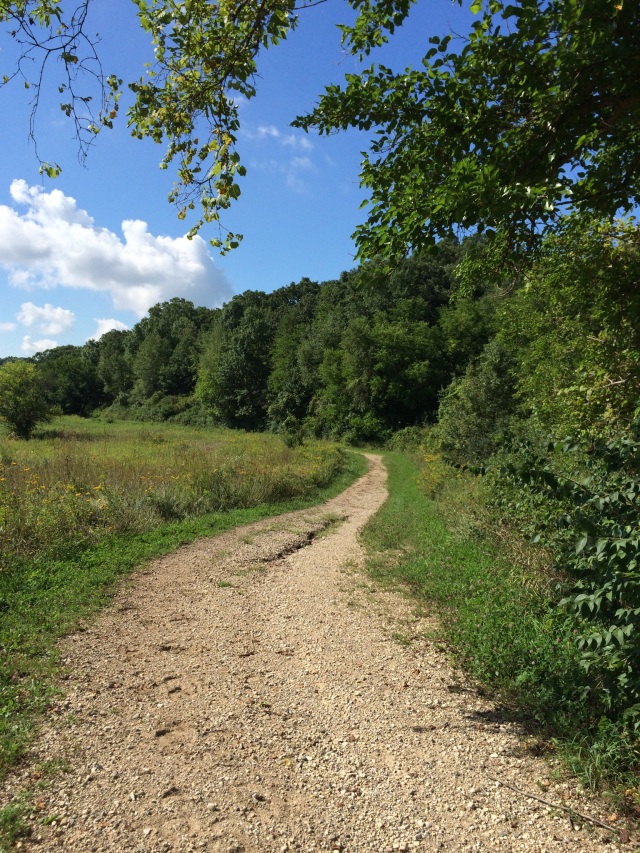 … turned to hot and not-so-shaded trails. And my enjoyable run took a turn for the worse.

I somehow ended up on a horse trail full of hills, horse scat, uneven ground and even more sun. I probably started the run a little later than I should have, so the sun was really intensifying. I had to stop and walk a few times. Quite a few times, actually. I was just too hot and exhausted to keep pushing it. But when I got a burst of energy, I took advantage of it and pushed as hard as I could. My splits ended up only about 30 seconds slower than normal, so I felt pretty good about that. And there were some scenic areas I got to enjoy…. 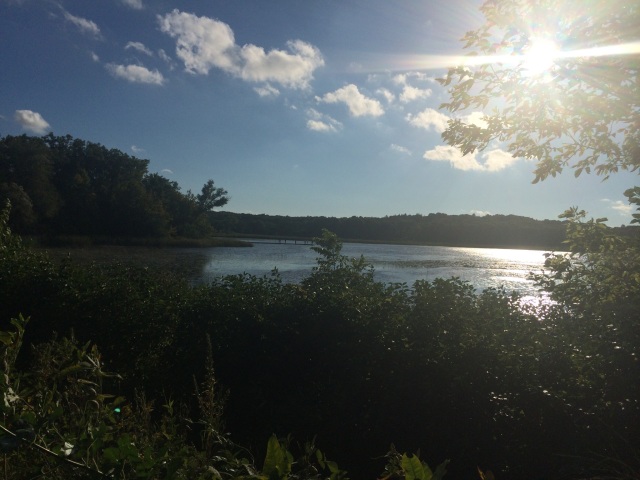 The following week, the nagging pain I have had in my neck and shoulder area for quite a while now had gotten much worse. I finally went to have the chiropractor look at it. She agreed there were some issues and it was best to baby it for a week or so. Since the 7.5 miler, I had only done runs of no more than 4.5 to 5 miles. My neck has improved so I decided I needed to get back on track with training.

The training plan called for 9.5 miles today. I set a goal of 8. It’s a pretty grey and blah day outside. It’s been drizzling off and on throughout the day. During my run, it was just cool and grey but no rain. These kinds of days always put me in a blah mood, but I have to tell you, they are pretty spectacular for running.

I hit the nearby wildlife refuge area near my house where there are about 1.5 miles worth of paved trails. I enjoy running there except when it’s crowded with bikes and other runners. Always needing to be aware of what is coming or passing, I am constantly looking over my shoulder which can get exhausting, which is what was happening this morning. From the wildlife refuge, I headed to another of my favorite running spots. A place that is, ahem … much less lively. (eh-oh!) 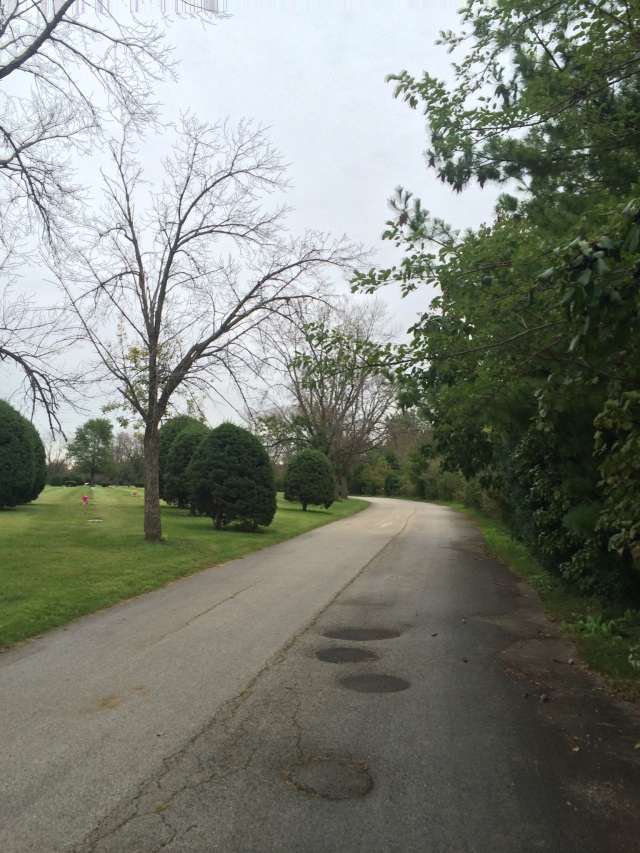 Funny side story: When I first discovered this place, the perimeter of which is about 3.25 miles, I felt a little weird about running or biking there. I was afraid some people might find it disrespectful. One day, I was riding my bike and this woman pulled up next to me in her car, waving her hands to get my attention. Here we go, I though to myself. She’s going to give me a tongue lashing about respecting the dead, etc. But instead, she was all smiles and said she had never thought of biking, walking or running in the cemetery, “but what a great idea!” she said. “It’s the perfect place. Lots of room, no traffic. Plenty of shade.” She said that I would likely see her out there sometime.

A little surprised, I responded with, “Really? I’m always afraid people won’t like it that I am here.”

“Oh, please, honey,” she responded. “This place could use a little life!”

And there you go. I never think twice about biking or running there now.

The run was going fabulously well this morning when I made it to the cemetery. I made one circle around and decided to cut through some of the center streets to get a little more mileage in case I came up short once I got near home. After that little extra, I was about a mile from home when I reached my 8-mile goal. I felt great so I kept going. When I got back to my house, my running app said I was at 8.8. I couldn’t stop without hitting 9, so I ran to the end of the block to get me to an even 9.

I think the rest over the past week or so, combined with the cool temps did me some good. As sad as I am to see summer ending, my best training weeks are likely going to be over the next few weeks, the further we get into fall, which I also saw signs of today 😦 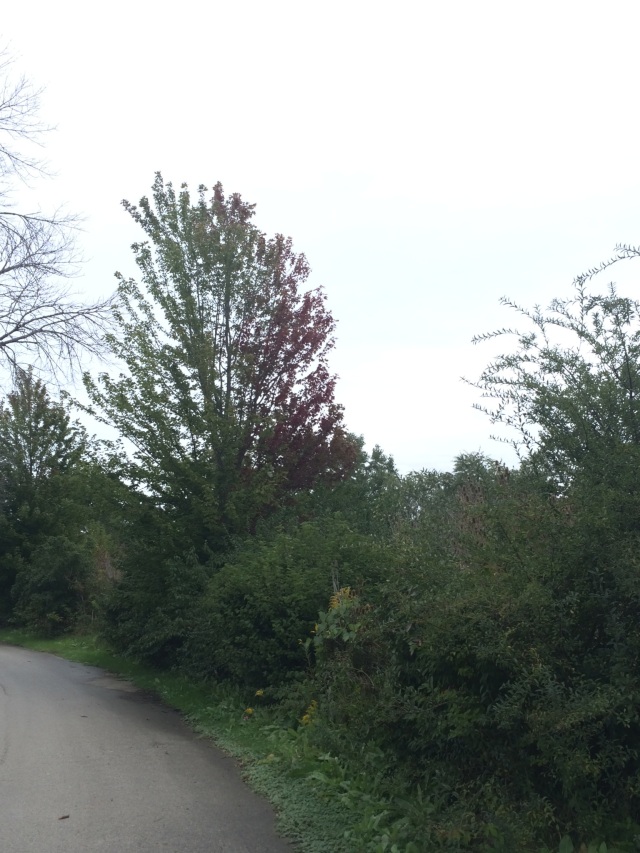 I am a chronic adventurer who loves to see and experience new places. What I really love most is experiencing those places after parking my RV and lacing up my running shoes.
View all posts by travelerontherun →
This entry was posted in Biking, exercise, Fitness, Half marathon training, health, Marathon training, Running. Bookmark the permalink.

Join the discussion! I love hearing from readers. Cancel reply